Our past exhibitions have been drawn from both the museum and other private local collections.  We present a selection here...

Our Past Costume Exhibitions

Featuring a selection of photographs taken in Henfield of the 1953 Coronation Carnival and the Jubilee events of 1977, 2002, and 2012.

Complementing our 2022 - 2023 costume display - 'Royal Jubilees Remembered', which included items and costumes from the era of Queen Victoria's jubilees all the way up to those of our current monarch.

Remembering the War in the East: the James Luto Collection
In June 2019, the museum was privileged to host a part of the collection of James Luto, a longtime collector of Japanese wartime memorabilia and medical equipment. The collection provided a rare insight into the wartime experience with the majority of objects telling the story from the Japanese perspective.

'Everyone knows that a squaddie likes a souvenir. And when you fought in the Far East you were more likely to bring home an object emblazoned with the Rising Sun as opposed to the Swastika. In this captivating exhibition, the author and historian James Luto reveals some of the artefacts that might have found their way to Britain at the end of the Second World War. From the infamous Japanese ‘meatball’ flags to saki cups, helmets to the iconic Army sword, and from medical equipment to photographs and postcards. the objects, big and small alike, along with stories of how they reached these shores, provide an insight into the war against Japan. You never know, the items might just help you identify a long-forgotten memento lurking in your attic!'

If you would like to discuss the collection or an item you see in the photo gallery below, James Luto can be contacted *here*.
The Heritage of Horsham District in 100 Objects
To accompany the Horsham District Year of Culture 2019 project, in October 2019 we put on a display of some of Henfield's contributions, along with a number of ancient objects kindly loaned by Horsham Museum.

Toys & Games of the 20th Century
A variety of toys, teddies, models and games came to the museum, many being prized friends loaned by local residents. Their age ranged from the Edwardian era until the 1960s.
WW1 in Postcards
To mark the 100th anniversary of the outbreak of the Great War, we put on a display of contemporary postcards. Being the primary means of communication for many at the time (along with letters), most had an overtly propagandistic or patriotic flavour. A British Brodie helmet and German leather Pickelhaube (spiked helmet) were also loaned for the display from a local collection. 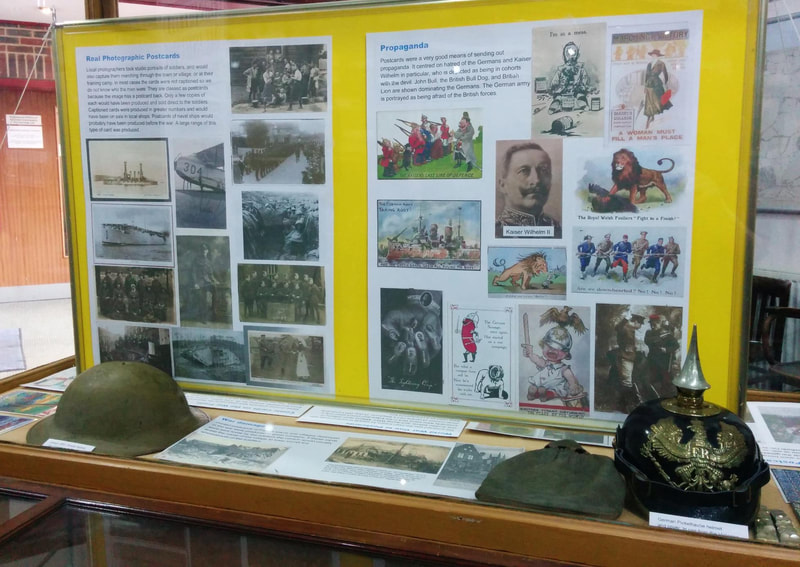 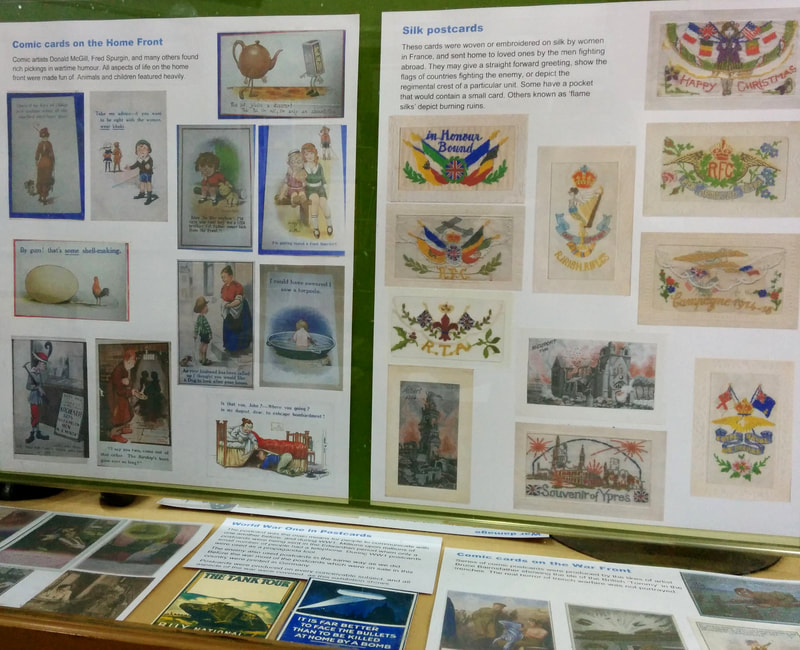 Return to Exhibitions
Images on this page are licensed for educational and non commercial use under the Creative Commons Attribution-NonCommercial-ShareAlike (CC BY-NC-SA) . Please credit 'Henfield Museum' and contact us if you would like to use an image for commercial purposes or at a higher quality.